When it comes to “making it” as a performer onstage or on screen, it’s usually as an actor, singer, or dancer.  Most people tend to gravitate toward the one(s) they’re most comfortable with and can truly express their artistry. Barton Cowperthwaite is a dancer first and foremost, with performances ranging from the opera La Traviata to Travis Wall’s Shaping Sound dance tour. The esteemed choreographer Lar Lubovitch describes Barton as a “movement poet” and credits him with having what he calls musical visualization. “Rather than hearing the music, this kind of dancer has the impression of being the music.”

But Barton has also been singing the music as well in productions at City Center Encores and in the national tour of American in Paris. He’s also been exercising his acting chops in a few movies and of course in his breakout role of Oren in the Netflix series Tiny Pretty Things. Through all of it, Barton has proven he’s much more than just a good mover and a pretty face.

In this conversation, he shares both the joys and disappointments of working on a hit TV show that ended up being canceled, he opens up about realizing his own weaknesses as a performer and needing to constantly work at improving his abilities, and he talks about the time he went on for the lead role in An American in Paris with just 15 minutes notice. 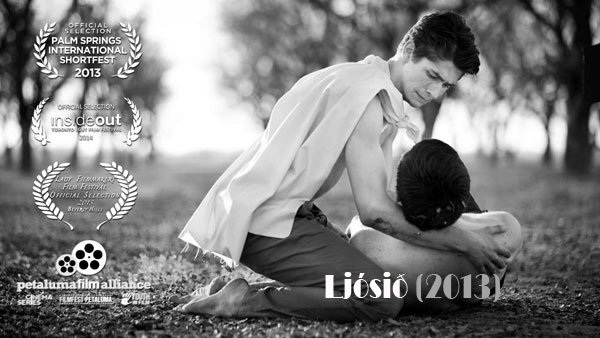 Ljósið (The Light) from Cylan Shaffer

Before there was American in Paris, before Tiny Pretty Things, Barton was cast as the lead dancer in a wordless and moving piece from filmmaker Cylan Shaffer. It tells the story of a man who desires to overcome the restraint of his fears and then embarks on a journey towards discovery. Ljósið is an extraordinary performance piece of stunning emotion as two dancers (including Brandon Coleman) explore the boundaries of loss, love, denial, and acceptance. Watch it here. Fans of this show were ravenous in their love and affection for these characters. One such fan created a compilation video which highlights one of Barton's more vulnerable and intimate storylines in the show -- his character's relationship with Shane (Brennan Clost). Watch it here. After our conversation on the joys of dancing and the struggles of being seen as more than just a dancer, Barton answers five final questions on the inspirations and advice he's received throughout his time onstage and onscreen. You'll find his answers and more on the WINMI Blog.