A look back at the year that was unlike anything we would’ve hoped for or imagined. Still, this podcast had its good moments and a plethora of fantastic guests.

In part one of my conversation with Christophe Zajac-Denek, he talked about growing up with dwarfism, his love of music and drumming, and how he just kind of fell into the world of acting on camera. For part two, we continue that journey with the movie and experience that had a profound impact on his life.

As we start this episode Christophe has moved back to Michigan to go to music school and return to his first love of drumming, but life had other ideas for what Christophe needed to be doing.

If I’m being honest, I have never really met a little person. Maybe in passing, but never actually sat down and had a conversation with one. But once we got on Zoom, Christophe Zajac-Denek and I chatted for more than two hours and even then we still could’ve kept on talking. There were so many areas of his life and experience that were not only interesting but also inspiring. So this is actually just part one of that conversation.

His fascinating story is such a departure from most conversations I’ve had on this podcast. He answers questions about dwarfism was and the day-to-day life of someone living with this condition. Christophe also shares his love of music and how he found acting...or rather how it found him.

After the Interview with Tony Howell

This interview was conducted back in August 2020, hence the reference to my air conditioner. Tony also mentions his episode with Lea Salonga, which has since been released.

He goes on to rant a bit about podcasting and getting interviews, and we discuss online classes from Domestika and General Assembly. And once again, the title of this podcast comes under the microscope.

Take Tony's Digital Wellness Survey, a quick self-assessment of your online presence and learn more about his classes and seminars at tonyhowell.me.

As always, thank you for supporting and donating to WINMI. I couldn't do this without you! Sign up for the monthly newsletter or reach out to me, I'd love to hear from you!

This month’s Recommendation comes from co-hosts Jill Jaracz and Allison Brown and their podcast: Keep the Flame Alive, the podcast for fans of the greatest sporting event in the world.

Each week, hosts Jill Jaracz and Alison Brown explore the stories of the Olympics, which is basically the Broadway of sports. They talk to athletes and sports writers as well as coaches and organizers. They explore host cities and sporting histories, showcasing different aspects and perspectives of the Olympic Games.

Here’s a bit of trivia, can you name some Olympians who have appeared on Broadway?
- One received both a Tony nomination and was inducted into the International Gymnastics Hall of Fame. She played the role of Peter Pan into her 60s.
- Another Olympic gymnast is gold medalist played Patti Simcox in Grease during the late 1990s and then went back to the Olympics for a third time in 2000 and won the bronze.
- And in 2014, a world champion figure skater and two-time silver medalist played Billy Flynn in Chicago.

Another thing I love about Jill and Allison and Keep the Flame Alive is they cover the Paralympics as well. In a recent episode they brought on author David Davis, who wrote the book Wheels of Courage. He talked about how paralyzed veterans from World War II invented wheelchair sports and fought for disability rights.

Well, it's the last Monday of the month, so that means it's time for this month's podcast recommendation: THE INDUSTRY, hosted by Dan Delgado.

Every week Why I’ll Never Make It likes to highlight and dive into the areas that hold us back as artists, the realities of this business with all of its ups and downs. Sometimes we find success and other times, like now, we face hardship and/or failure. So when I happened upon a television and movie podcast that did the same thing, focusing on lesser known stories behind the scenes, I was immediately intrigued.

Since 2018, THE INDUSTRY has taken a closer look at actors who thought too much of themselves, producers who did not know what they were doing, and studios that would do anything for a hit show. Delgado's exposé, for example, of the rival movies Lambada and The Forbidden Dance, which both came out at the same time in 1990, revealed a lot of the behind the scenes bickering and was highly entertaining.

But it was actually a very different kind of episode that first introduced me to THE INDUSTRY. Last Christmas Dan did a bonus episode all about the first Charlie Brown Christmas Special on CBS and how it almost didn't get made. Since that episode I've been hooked.

Dan gives some backstory to his podcast, and in honor of Hispanic Heritage Month, he also shares a bit of his own background as well.

So in your playlist of podcasts, I heartily recommend you add The Industry. Just put it after Why I’ll Never Make It, of course.  :)

For the second month in a row Why I’ll Never Make It goes outside its own podcast walls to recommend another podcaster doing great work in the arts or beyond. The first one was The Ensemblist as part of the episode with Mo Brady. And this month features a recommendation of another one inside the creative arts as well as a former WINMI guest: The Tony Howell Podcast. 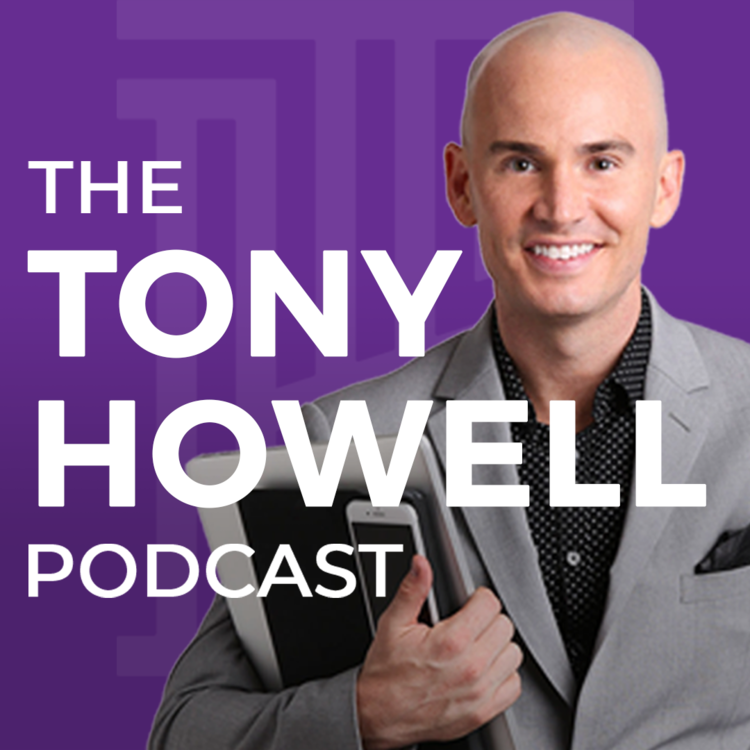 Tony is a former actor and singer who has now become a highly sought-after author, speaker, and expert in digital marketing and branding. On this podcast, you’ll find enlightening 1:1 conversations with artists and thought leaders who are changing the world (and web) through their work. And on occasion Tony shares his own original strategies and formulas to help you design your future and impact your career.

To determine your own digital wellness, check out his self-assessment quiz.

Listen to the show on your favorite podcast app.

May this podcast be a resource for you as you discover more ways to pursue a career in this industry and sustain it through the many ups and downs we all face.

Don't forget to check out all the helpful offers available to you through WINMI guests and partners: resources.winmipodcast.com

Co-creator of The Ensemblist podcast and blog shares his love of theater, especially for those out of the spotlight and in the ensemble. Mo Brady grew up building sets and imagining a life on the stage. After finally getting his Broadway debut, two other more personal roles came his way: husband and father. But he still manages to keep up the podcasting and working on the communications team at Broadway Cares/Equity Fights AIDS. http://www.theensemblist.com/podcasts

Don't forget to check out all the resources available to you through WINMI: resources.winmipodcast.com

Donate to the podcast: https://ko-fi.com/winmipodcast

WINMI is a Top 20 Theater Podcast thanks to you!  https://blog.feedspot.com/theatre_podcasts/

Seán Cullen is a Canadian actor, voice artist and stand-up comedian, known for combining improvisation with mimicry and music. He joins me today to share his love of comedy and writing books for his children. But we also dive into the worries and frustrations that come from almost making it and how to bounce back from a canceled show or that inner voice saying we aren't good enough.

Join the WINMI community by following on Instagram or Twitter (@winmipodcast) as well as reaching out to Patrick with any questions or comments: contact.winmipodcast.com
The time and expense needed to bring these guests and conversations to you each week is sometimes challenging but always rewarding. Please consider buying me a coffee to support this work that goes into each episode.

Music in this episode:
"Whispers" by Hyson is licensed under a Attribution License.
"Mr. Sunny Face" by Wayne Jones.
Play Now
Share | Download(Loading)

Overcome with laziness and procrastination, feeling unmotivated, stuck, and just can’t get started? Believe me, you are not alone.

But there is hope when mired in such complacency. However, it may not be the solution you think it is. You and I were taught from an early age that we need to stay busy and keep moving. And while the intent behind those ideals was good, putting them into practice is neither easy nor always helpful.

In this episode, I consider what we do as artists and the energy we expend to see if we can eliminate some actions, to see if laziness can be our guide to achieving a greater impact by doing less. This doesn't mean less is more. It means less can be better.

Explore "laziness" in these articles:
- 7 Reasons Why Lazy People Are More Likely To Be Successful - Lifehack
- BEING LAZY IS THE KEY TO SUCCESS - The Independent
- Science: Lazy people are likely to be smarter, more successful, and better employees. Who knew? - CNBC

May this podcast be a resource for you as you discover more ways to pursue a career in this industry and sustain it through the many ups and downs that follow.